Hampton Court Palace, located in the county of Surrey, can be reached by train from Waterloo Station in Central London in just over half an hour; in summer boats travel to Hampton Court all the way from Westminster Pier but depending on the tide, the trip can take up to 4 hours so maybe not a suitable option for a day trip.

From the railway station, it is a short walk across Hampton Court Bridge to the palace. Tickets can be purchased in advance online or on the day of the visit; they cover access to the palace, its extensive gardens and the maze. In winter access to the gardens is free. The palace can be visited independently with the help of an audio guide available in a number of languages; guided tours are also available giving an insight into the history of the palace and its illustrious former residents including Henry VIII.

The first large space visitors see after the entrance is Base Court, here a replica of Henry VIII Wine Fountain can be seen; painstakingly reconstructed on designs based on research on wine fountains, it provides a beautiful centerpiece to Base Court, the largest inner courtyard at the palace. Next is Clock Court with the magnificent astronomical clock; built in the 16th century, the clock was restored in 2007-2008. Walking through the tower with the clock, the next courtyard is Fountain Court; built as a cloister, it has a circular pool and fountain in the middle. 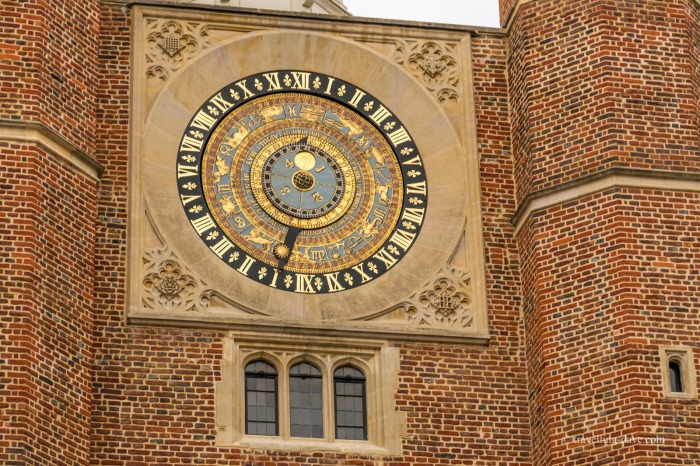 The Kitchens are a very popular attraction at Hampton Court, Henry VIII Kitchens, the largest kitchens of Tudor England, were built to feed the large number of people that formed the king’s Court. Nowadays the Kitchens are maintained as if there were still in use, with a fire burning in the main kitchen and fresh fruit and vegetables on display. In 2014, the Chocolate Kitchens were reopened to the public, the only royal chocolate kitchen in the country.

Further into the palace are Henry VIII’s State Apartments; they include the Great Hall with The Story of Adam tapestries on the walls and a beautifully decorated hammer-beam roof and, the Great Watching Chamber with stained glass windows and an intricately decorated ceiling. The Chapel Royal can also be visited and a replica of Henry VIII’s Crown can be seen in the Royal Pew; the Chapel is still in use today and visitors are welcome to attend Sunday services.

Other State Apartments opened to the public are William III’s State and Private Apartments, accessed through The King’s Staircase, a grand staircase with beautiful paintings by the Italian Baroque painter Antonio Verrio. Rooms to visit here include the King Guard’s Chamber with weapons on display, the Presence Chamber where the throne can be seen and the Privy Chamber; downstairs are the Private Apartments with the Public Dining Room and the beautiful Orangery with doors opening onto the Privy Garden. 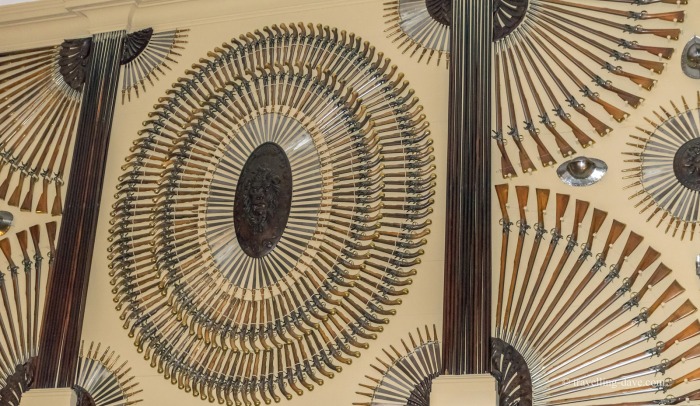 A blue plaque commemorates the reopening of the gardens in 1995 after extensive restorations based on information recorded of the original gardens; on railings facing the river Thames is the Tijou screen, twelve wrought iron panels to symbolize part of the United Kingdom. 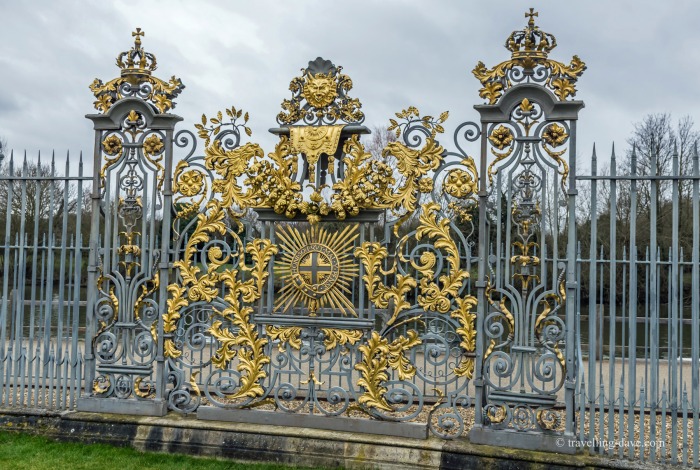 Nearby is the Pergola, a covered walkway and further along, past the Pond Gardens, is the Great Vine, said to be the largest grape vine in the world. Other parts of Hampton Court Palace gardens include the world famous Hampton Court Maze, where visitors are challenged to find the exit within half a mile of paths and the Magic Garden, an interactive play garden for children and families. 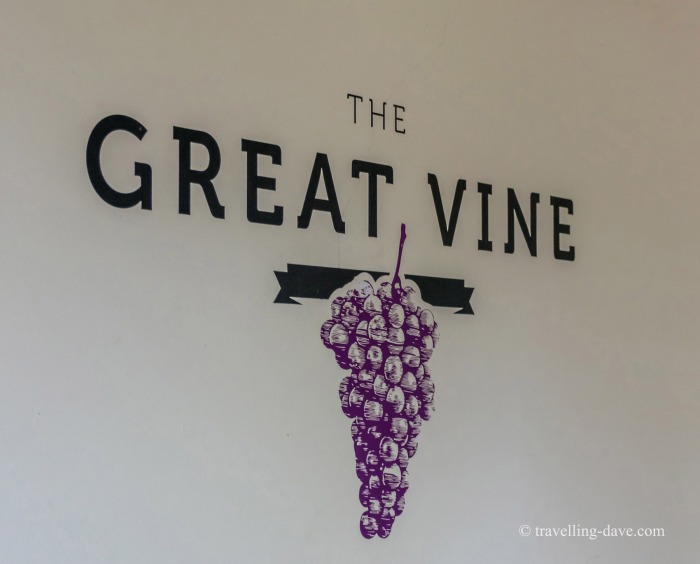 If the extensive gardens of the palace were not enough, Hampton Court borders Home Park, a 700 acres walled deer park with beautiful features like the Long Water and the Golden Jubilee Fountain. Back on the palace grounds a unique building can be visited: the Royal Tennis Court; here real tennis is played, a game best described as a mixture of squash and tennis. Still in use today, the court club has more than 500 members who can come and play here every day, except Christmas Day. 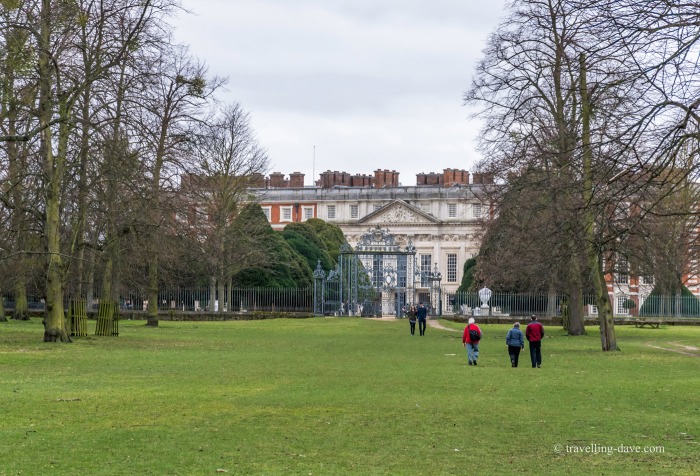 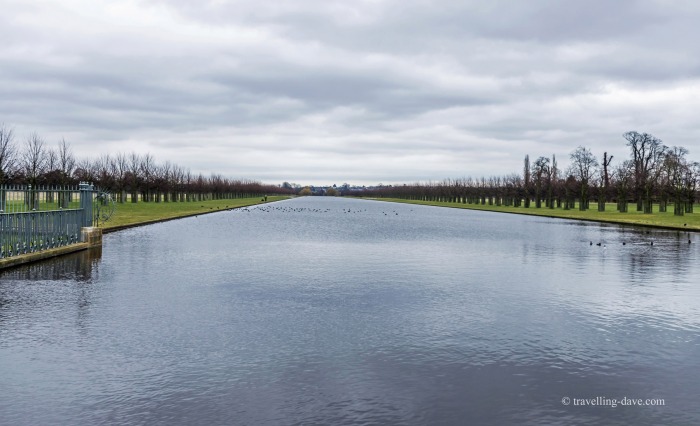 A visit to Hampton Court Palace and Gardens can easily last all day but, for people with energy left, a riverside walk (about 3 miles) to Kingston upon Thames will offer the opportunity to combine a trip to the palace crowded with tourists, with the more relaxed atmosphere of Kingston and its riverside village setting. People that don’t fancy the long walk to Kingston can hop on one of the boats that leave regularly from Hampton Court Pier, including a Mississippi-style stern wheeler, and enjoy a leisure cruise on this part of the river Thames. The beautiful Kingston Bridge and the famous phone boxes sculpture “Out of Order” are two of the attractions to see in Kingston before getting the train back to London. 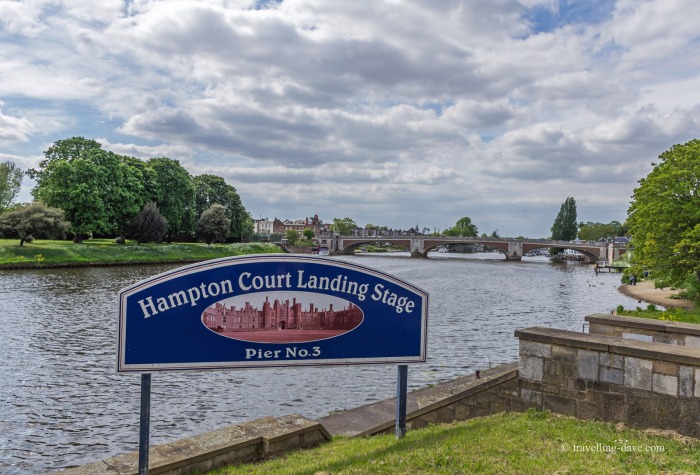 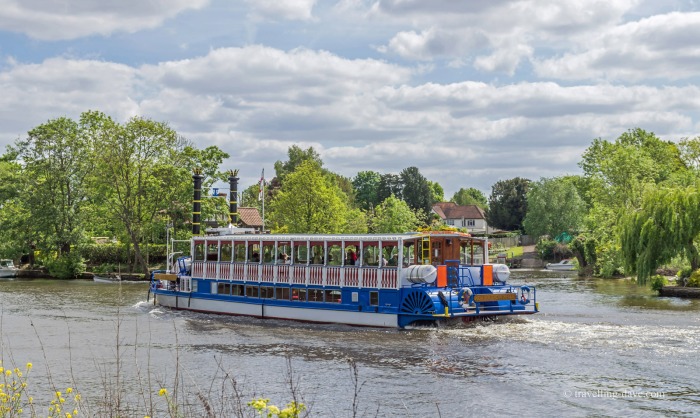 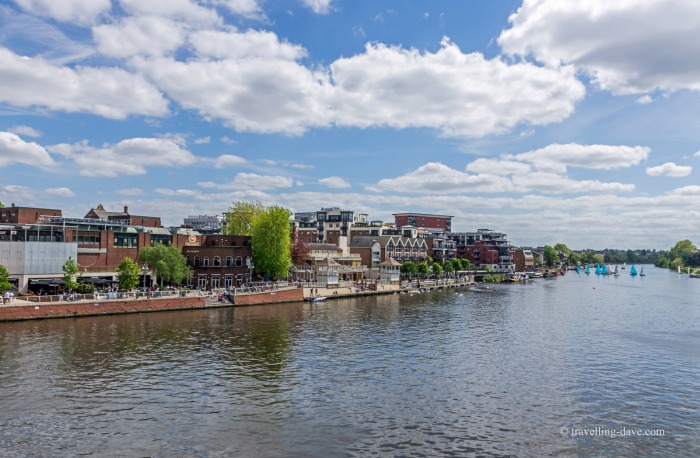