On a visit to Portugal, after spending some time exploring the capital Lisbon, a day trip that should not be missed is to the city of Sintra, a UNESCO World Heritage site. Famous for its fairy tale palaces, it can be reached by train from Rossio Station in Central Lisbon in about 40 minutes. 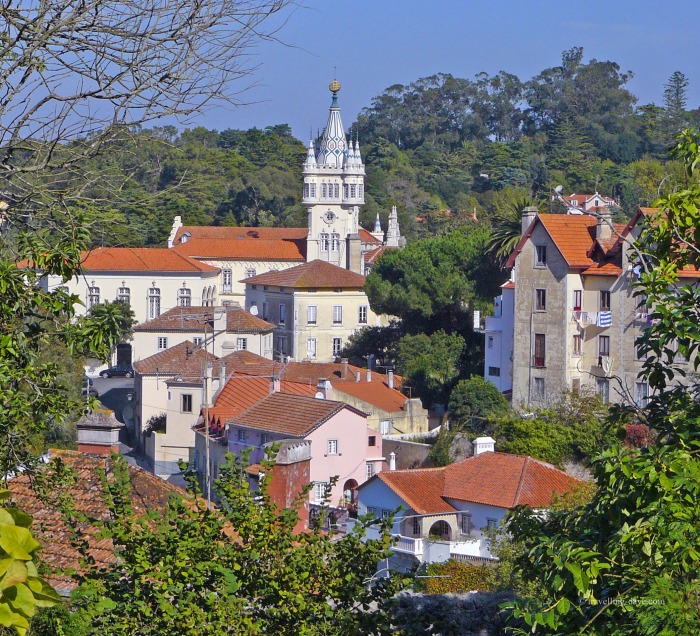 Sintra railway station is about 15 minutes walk from the town center or, to save energy for climbing later, the bus 434 connects all the main sights for the price of a few Euros. 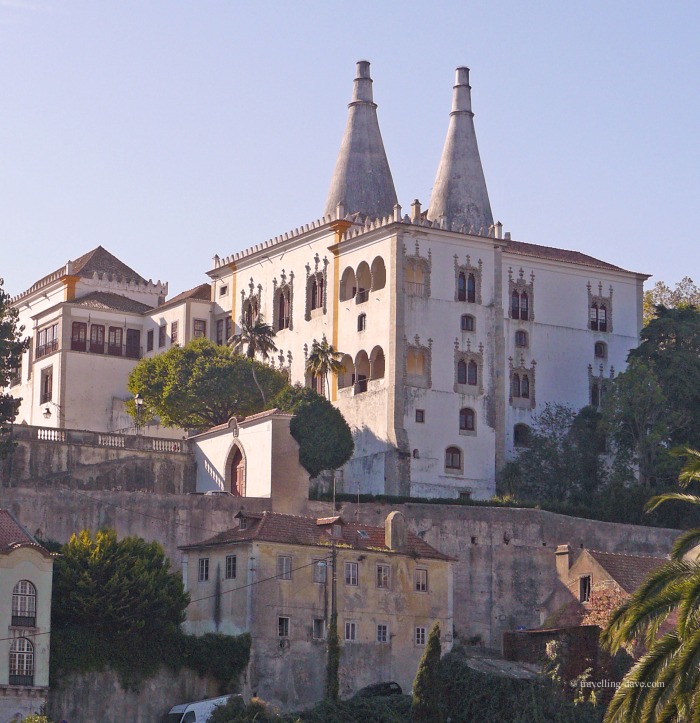 Arriving in the city’s main square, the first building that should be visited is the National Palace, easily recognizable by the two conical chimneys on top of it. Inside, the palace has been restored and number of rooms are opened to the public. After the visit to the National Palace,staying in the town center,a walk through the narrow streets of Sintra will offer the chance to discover many handicraft shops. Walking around this part of town, it is impossible to miss some rather peculiar stuffed dolls found sitting outside in every corner, resembling people watching the world go by. 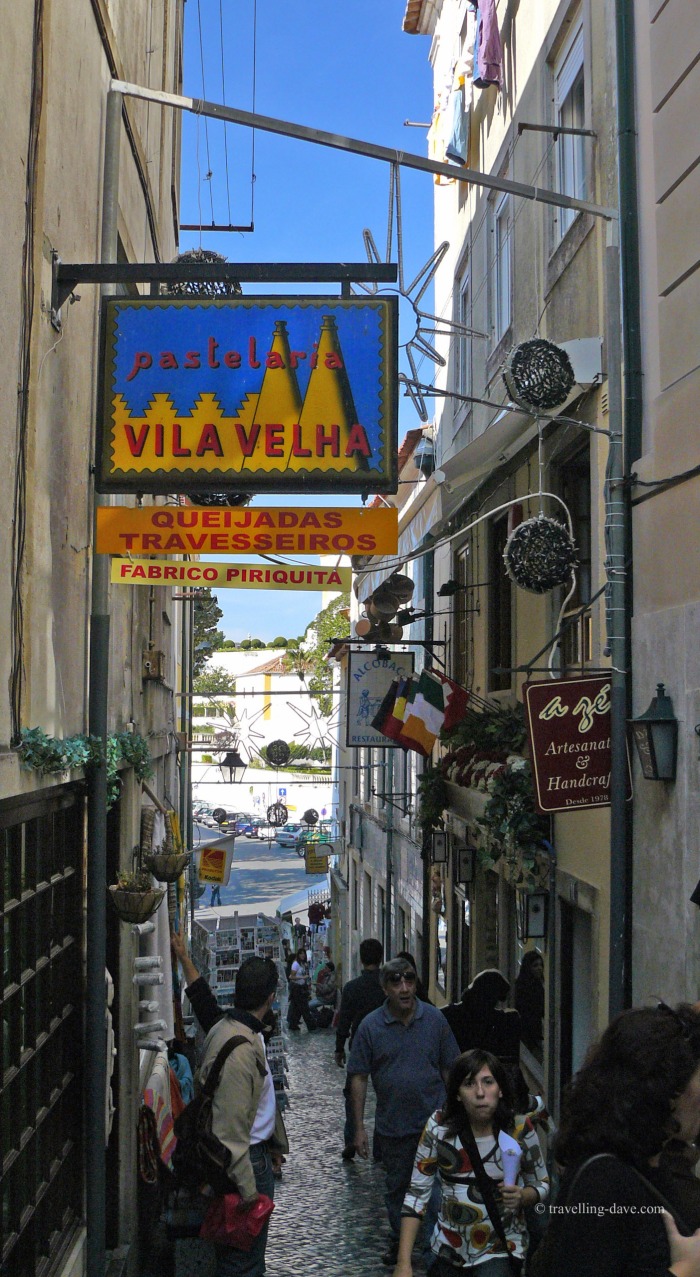 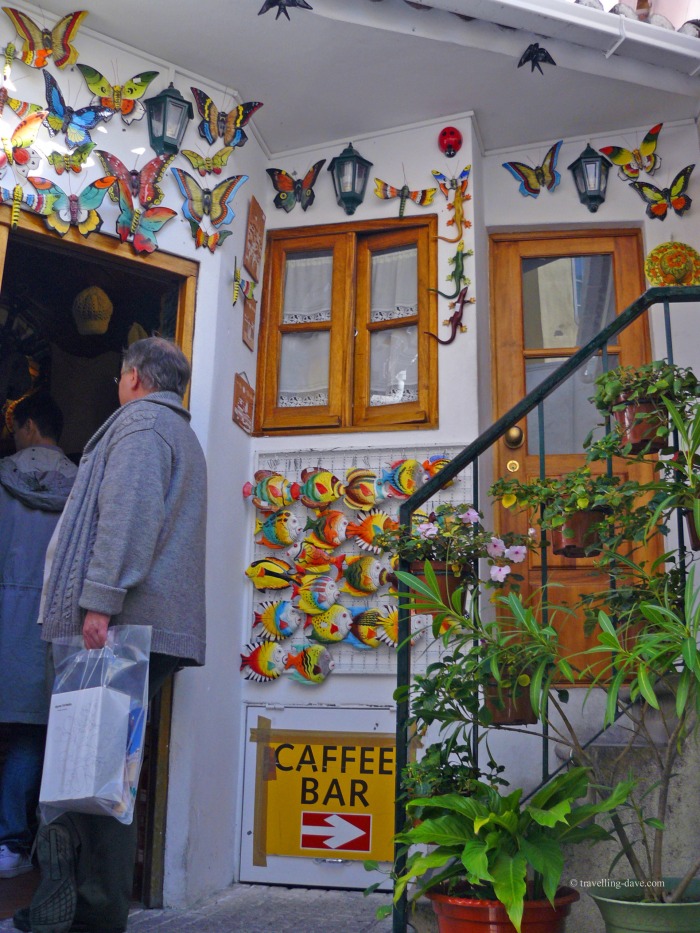 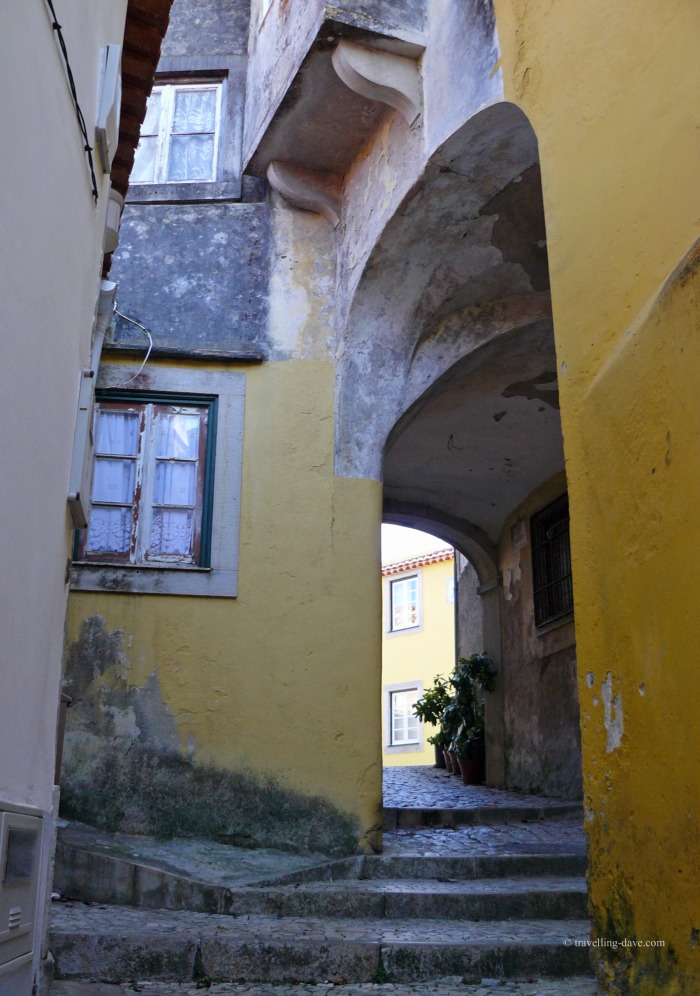 Other attractions in town worth a mention are the Toy Museum and the Fonte da Pipa with its beautiful azulejo panels.

But the main attraction in Sintra, are its palaces:the Regaleira Palace and the Pena National Palace are the two most famous. A pastel extravaganza, perched on top of a hill with ornate towers and intricate lookouts, Pena National Palace is often compared to the Bavarian castles built by Ludwig II, although it was built before them.

There is so much to see here both from outside and inside and, a walk around the extensive gardens around the palace, can also be included in the visit. 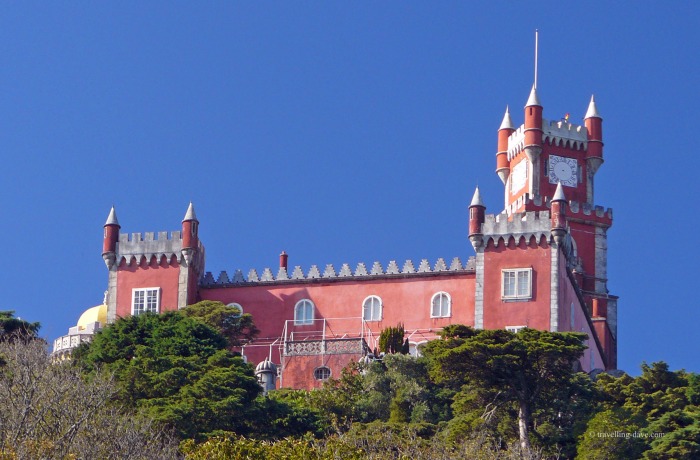 If you are not tired of climbing and want to enjoy a bird’s eye view of Sintra, a short uphill walk to the Moorish Castle will reward visitors with beautiful views of the buildings of the city in the distance. They include the Town Hall and a number of other palaces and villas dotted on the hills all around; hiking enthusiasts will enjoy the easy climb in the pristine surroundings, away from the hustle and bustle of the city, often crowded with tourists. 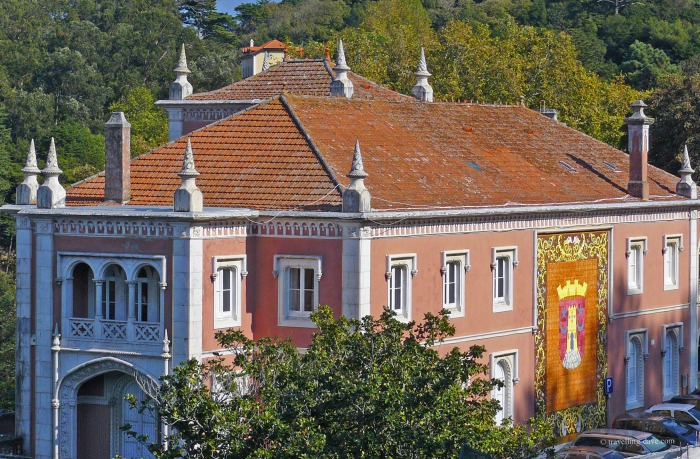 Being such a famous tourist destination in Portugal, Sintra prices are slightly higher than in Lisbon, especially in the restaurants with heavy tourist presence around the main square. For visitors on a budget, a good option would be to stock up on food before arriving in the city and have a picnic.