Most people visiting Gran Canaria tend to concentrate on the resorts found in the South of the island like the busy Playa del Ingles and Maspalomas and the quieter family-orientated San Augustin and Puerto Mogan, as the weather is generally better there than in the North of the island. 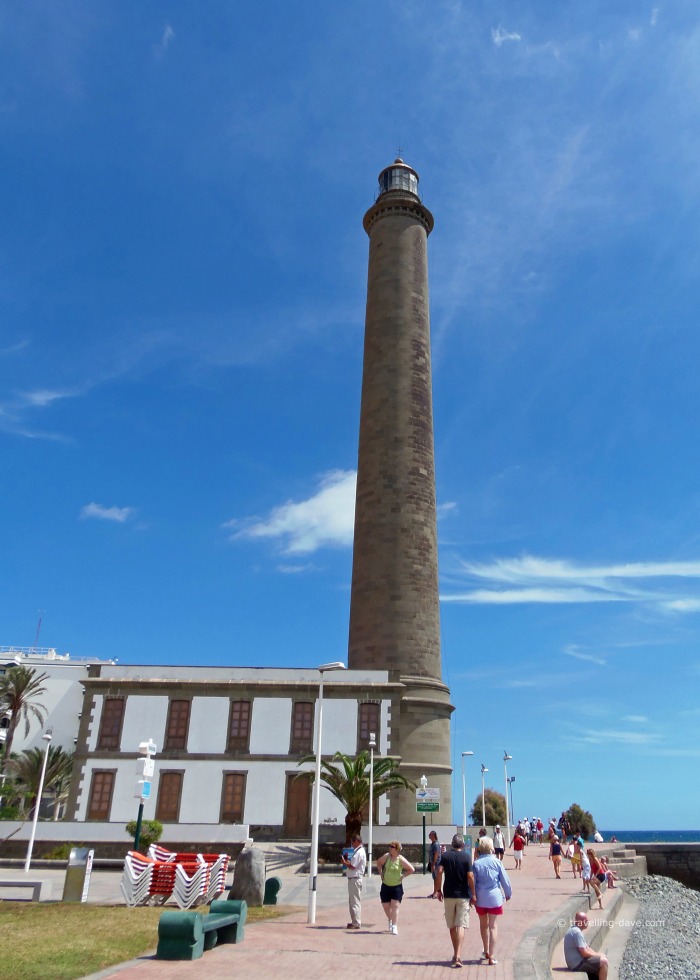 There are plenty of options for accommodation in the area, ranging from luxury hotels to self-catering holiday apartments together with numerous bars, restaurants and shops and a lively nightlife. It is also here that the famous Natural Reserve of the Dunes of Maspalomas can be found; stretching between the resorts of Maspalomas and Playa del Ingles, it is the main attraction on Gran Canaria. People travel there to see the desert-like landscape and make the most of the very popular sandy beach. 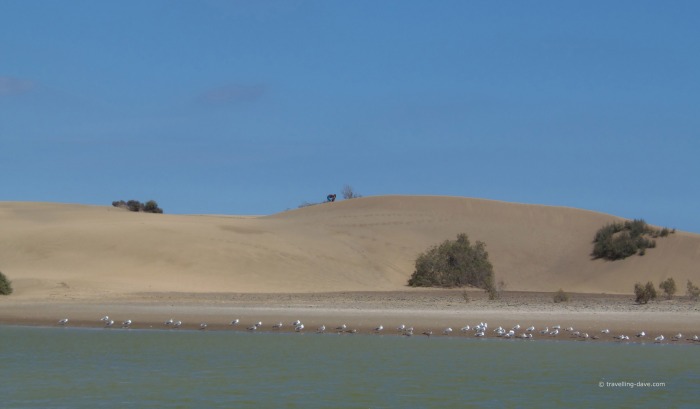 Gran Canaria can be reached from Europe by flying directly to Gran Canaria airport, situated on the east coast of the island or, from the neighbouring island of Tenerife by ferry. It takes about an hour to cross from Santa Cruz de Tenerife to Puerto de las Nieves in the village of Agaete; from here a free shuttle bus connects the port with Las Palmas de Gran Canaria. 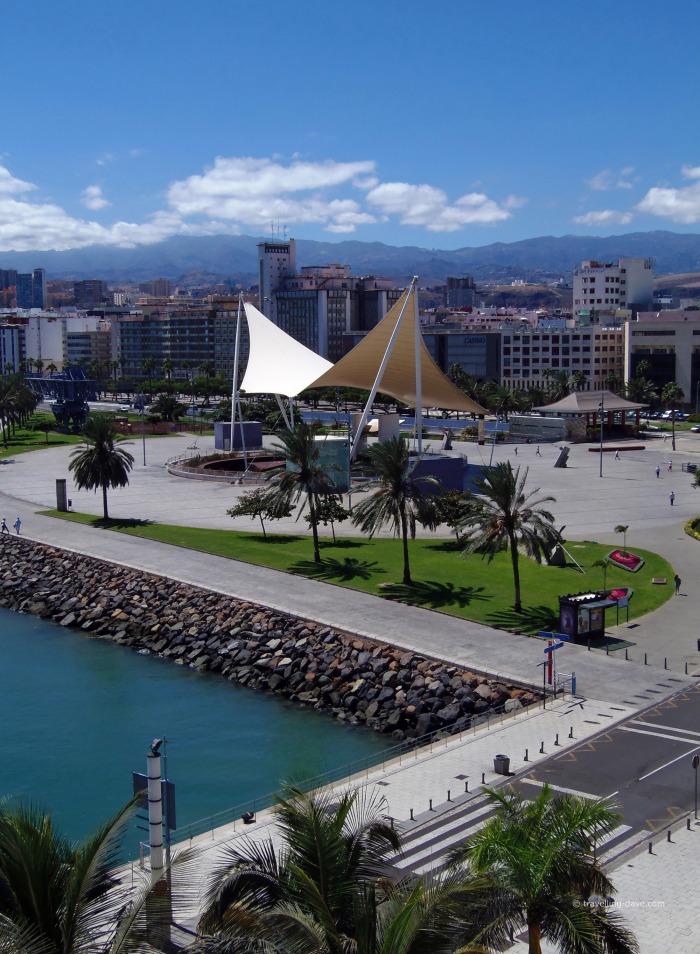 Sharing the title of capital of the Canary Islands with Santa Cruz de Tenerife, Las Palmas is the most populous city of the archipelago. The harbour of Puerto de la Luz is one of the busiest in Europe, as it stands at the crossroad between Europe, Africa and America. 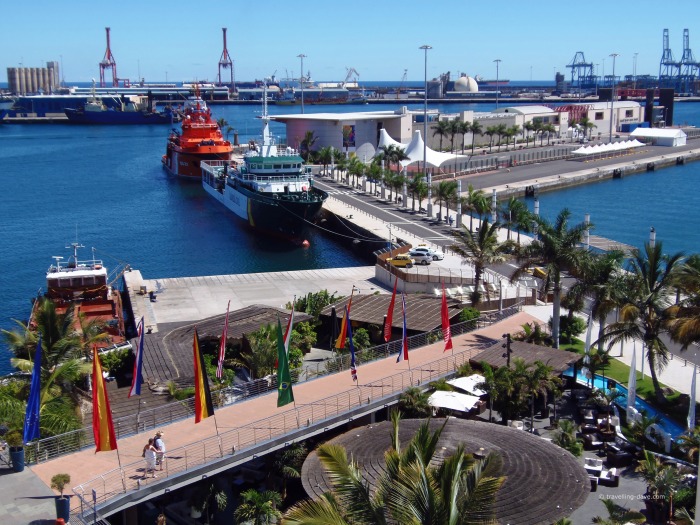 The nearby Playa de Las Canteras is considered to be one of the best urban beaches in the world; stretching for over 3 kilometers, the promenade along this sandy beach is lined with hotels, restaurants and shops. It is much loved by both tourists and locals with joggers, families and people watching the world go by crowding the pavement, both during the day and in the evening. 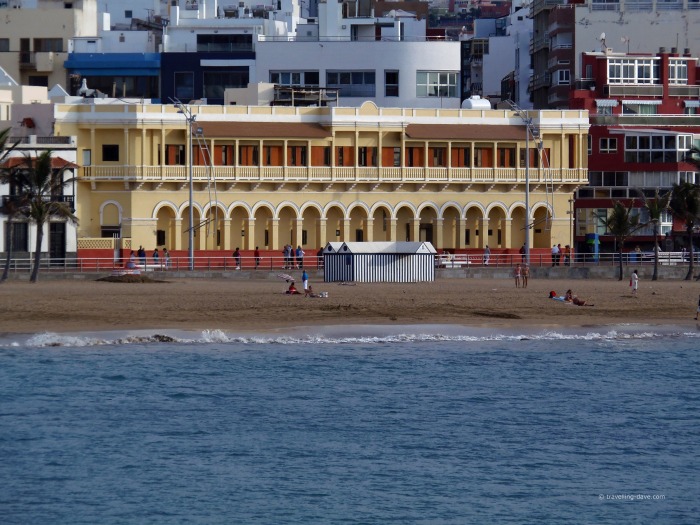 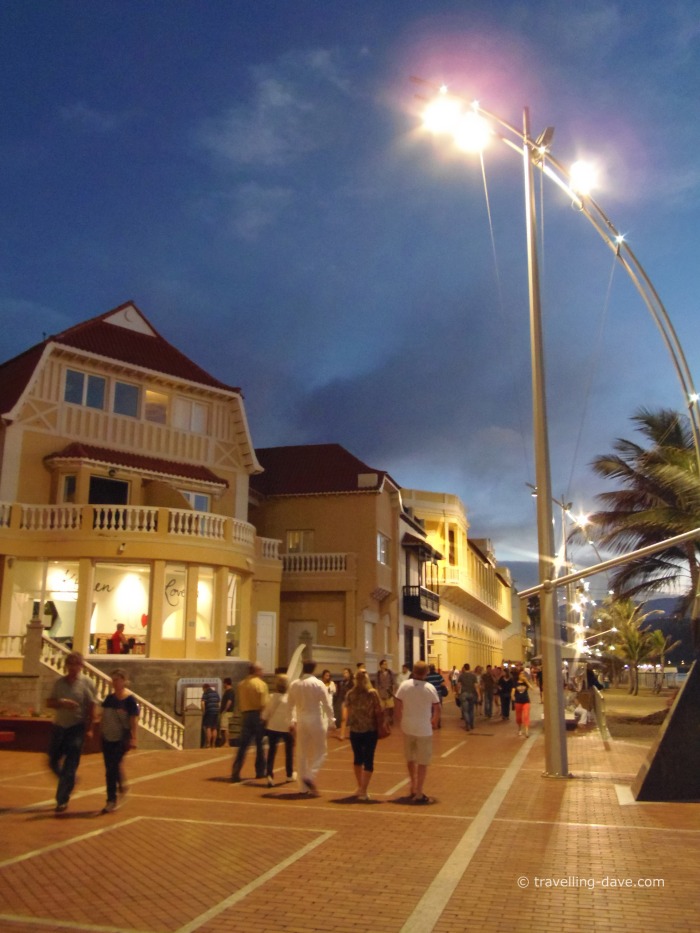 At one end of the promenade is the Alfredo Kraus Auditorium, celebrating a famous tenor born in Gran Canaria and, at the other end, is Plaza de La Puntilla, a favourite spot from where to get a view of the entire length of Las Canteras beach and admire the sunset at the end of the day; the Fisherman sculpture can also be seen there. 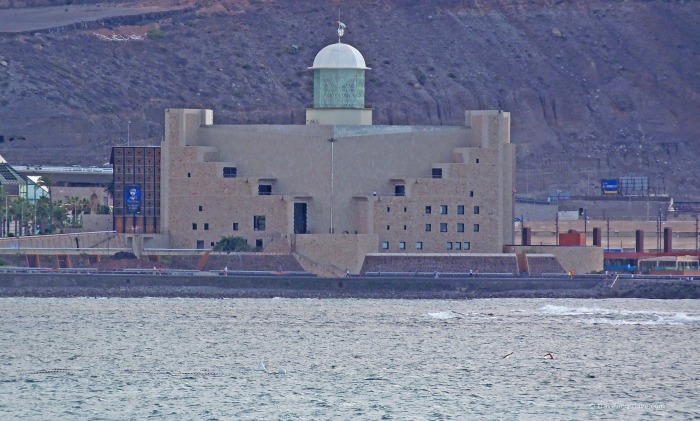 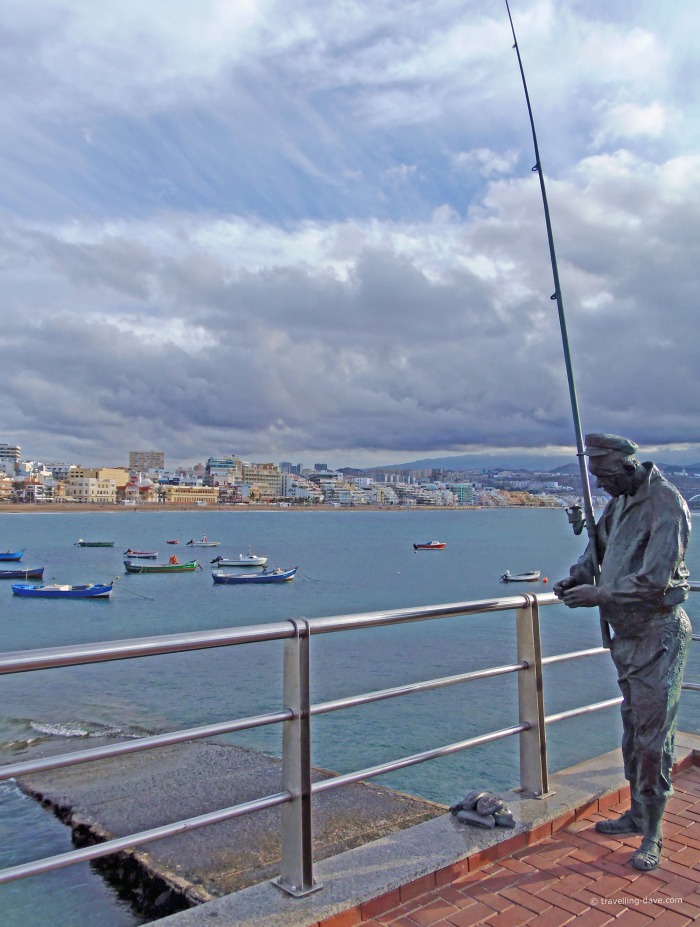 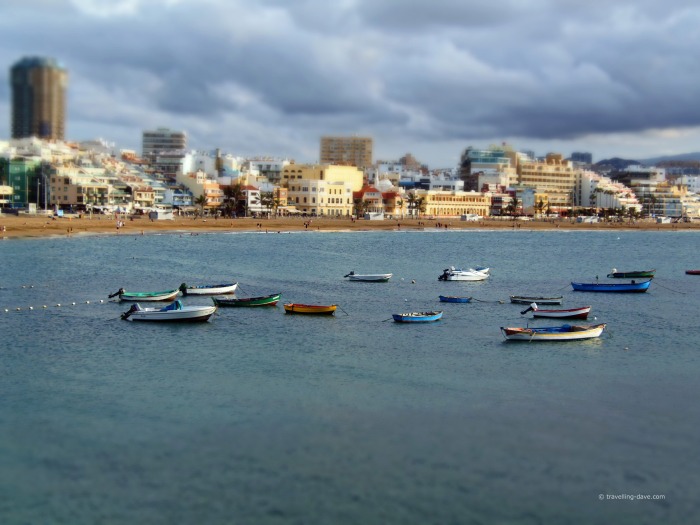 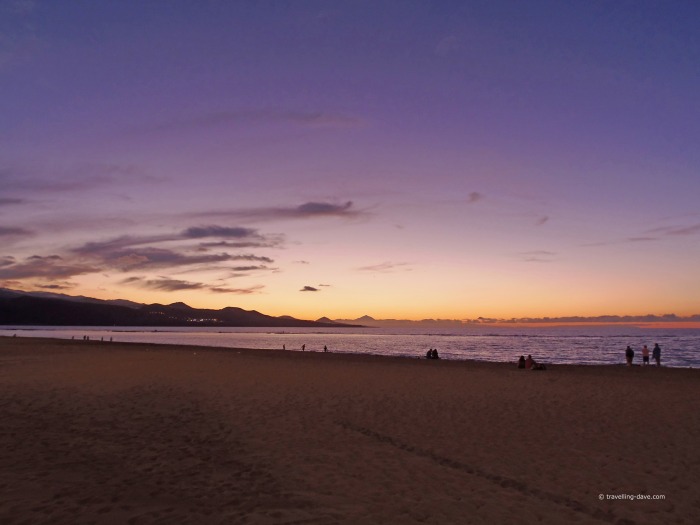 A short walk away from the beach, the Elder Museum of Science and Technology is worth a visit; it is near Santa Catalina Park, close to where one of the two main bus terminals in the city are located; the other one is in the city center, near San Telmo Park. From both locations a network of local and intercity buses (guaguas in Spanish) make it easier to travel around Las Palmas and the rest of the island. 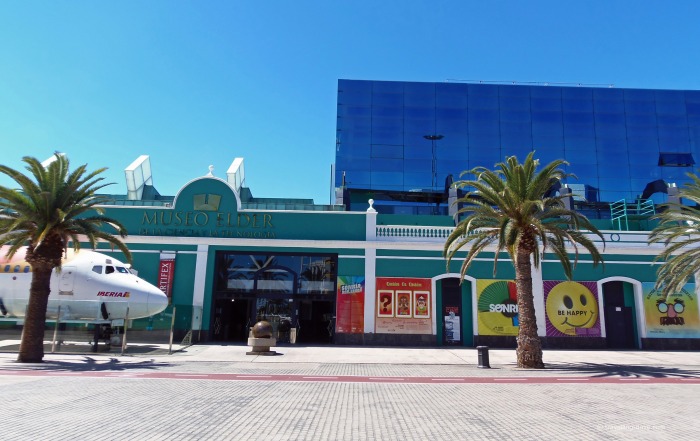 San Telmo Park is within walking distance of Las Palmas Old Town, accessed through Calle Triana, one of the main shopping streets in the city. 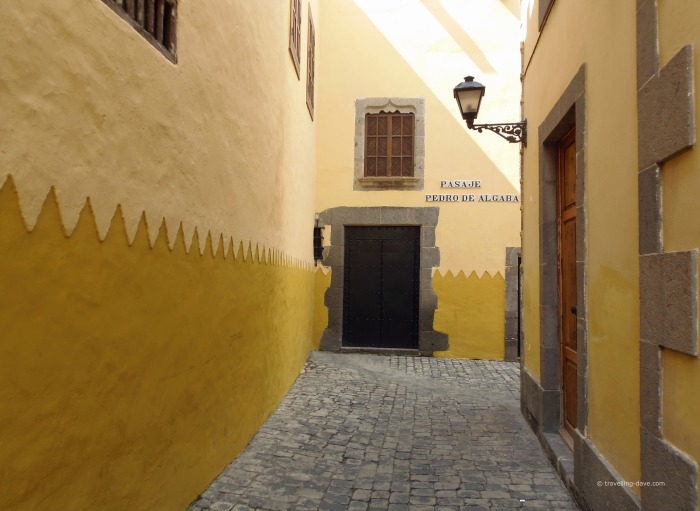 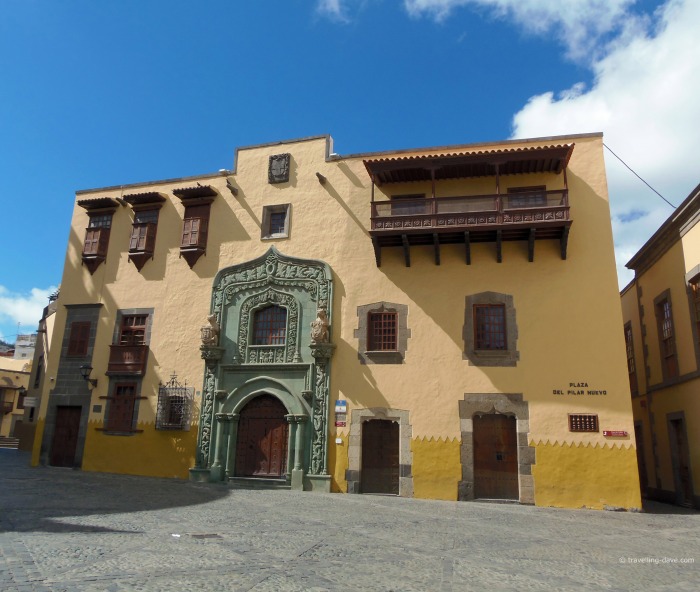 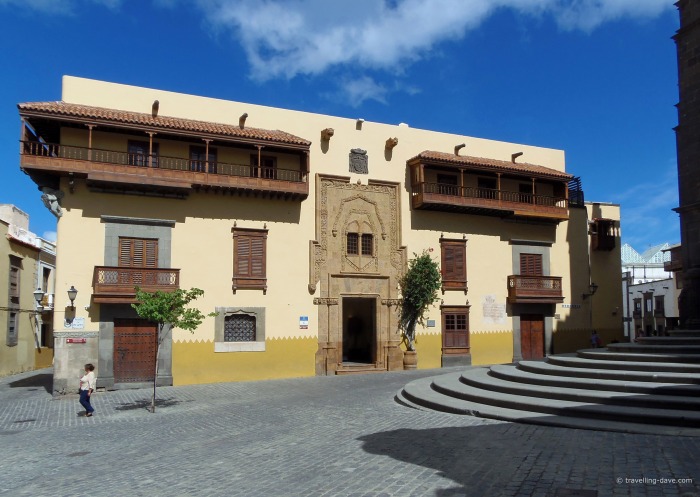 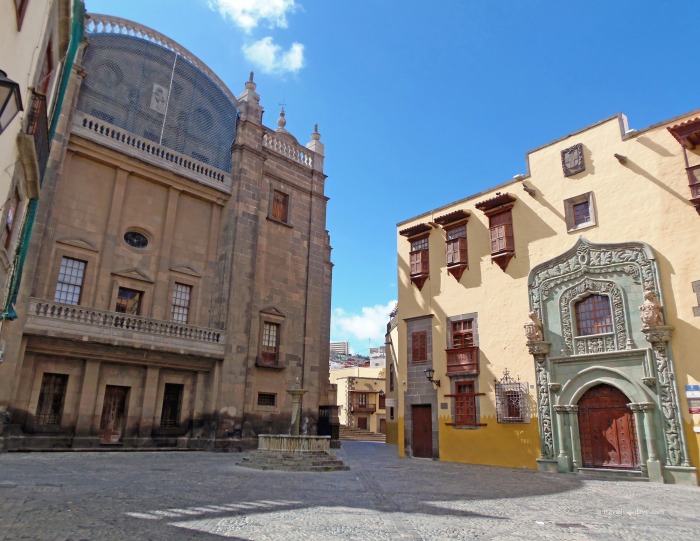 In this area known as Vegueta there are a number of historical buildings like the Cathedral, the Columbus House Museum (where Christopher Columbus stayed in 1492, during a stopover in Gran Canaria on the way to discovering America) and the Hermitage of San Antonio Abad where is it said Columbus used to pray; before leaving the area a visit to the Market of Vegueta, an indoor market, is highly recommended. 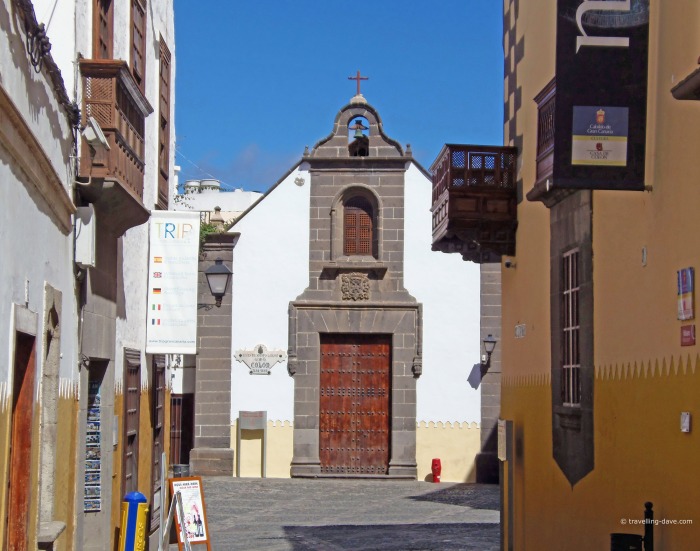 Gran Canaria can be visited all year round due to its mild climate but, to experience the city in its festive mood, a visit during the Carnival in February is highly recommended; with its colorful parade making its way across the city, is considered to be one of the most famous Carnivals in Spain. 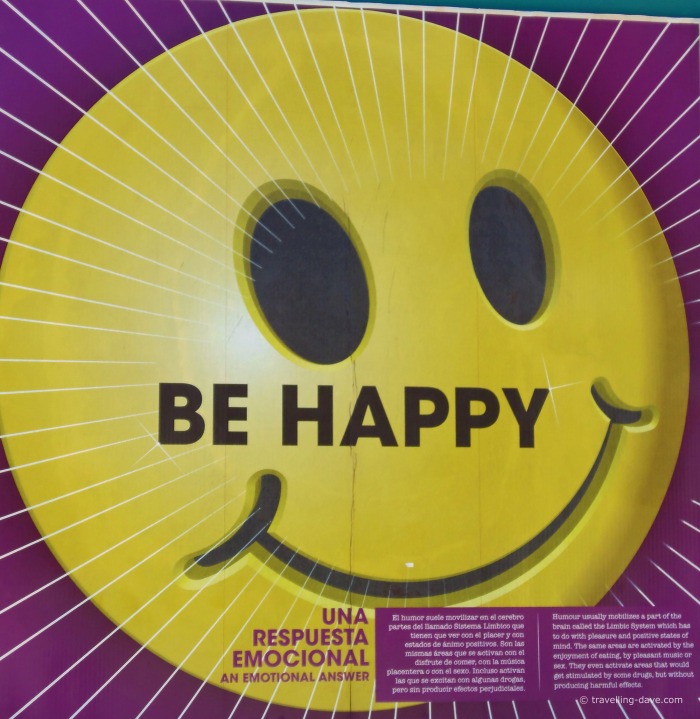 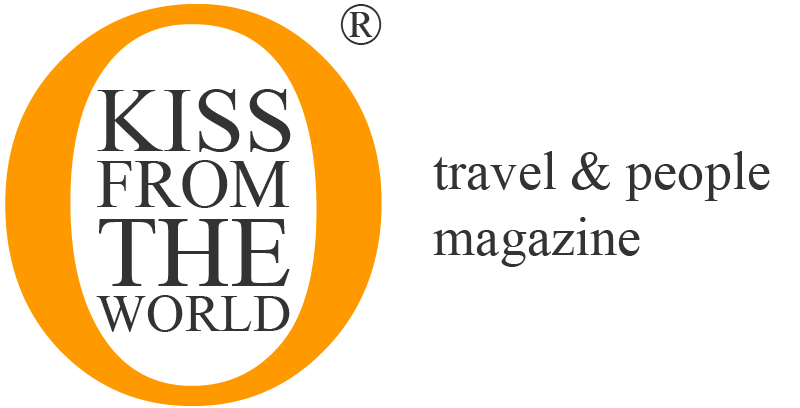