Notting Hill in West London might be famous worldwide for Portobello Market and a movie with the same name starring Hugh Grant and Julia Roberts but, every year since 1966, the area attracts large crowds for the Notting Hill Carnival. 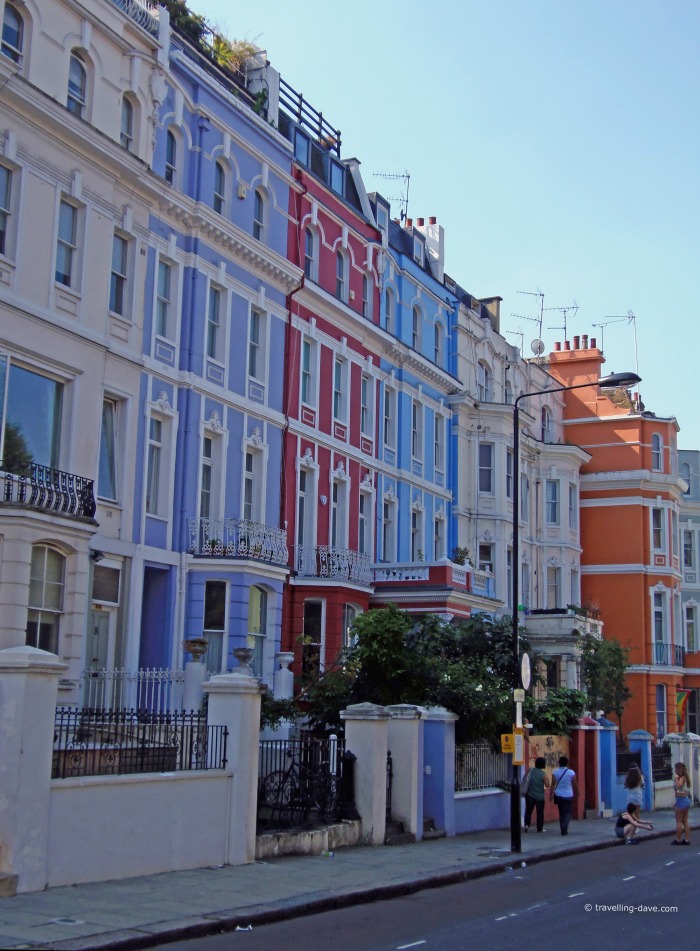 A two-day event over August Bank Holiday Weekend that started as a small gathering, it has now grown to become one of the biggest street party in Europe, attracting over one million people every year. 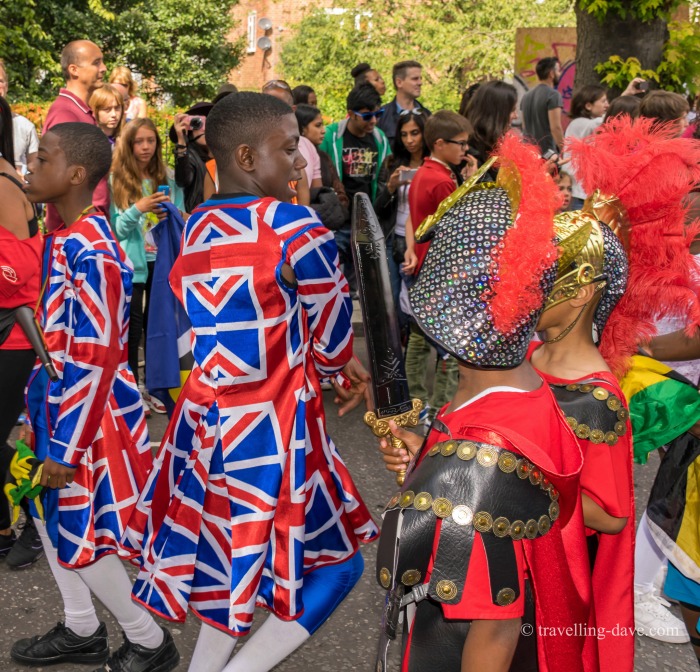 Sunday is Children’s Day and the main parade is held on the following day when a large area of West London explodes in a celebration with floats, intricately decorated costumes, steel bands and plenty of traditional Caribbean food. 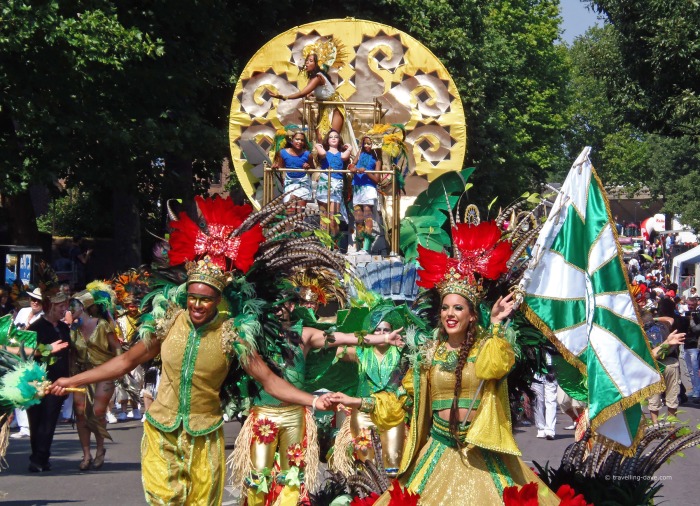 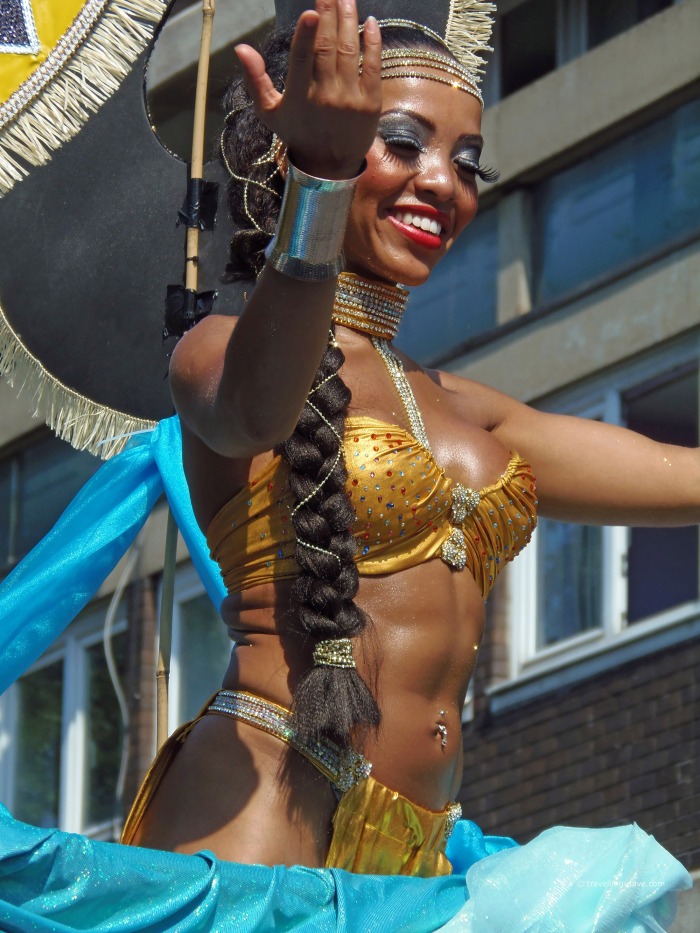 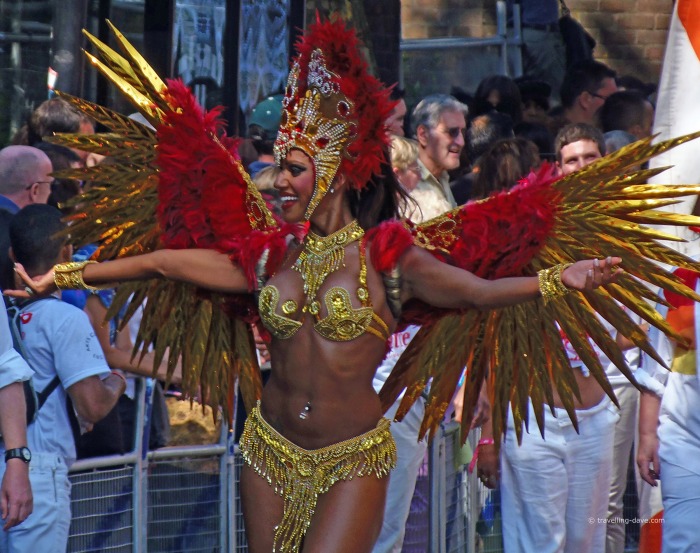 For the residents of this affluent part of town there are two simple choices: either leave the area while the Carnival is taking place or, join in the fun.

In recent years, it seems many people have chosen the second option; not only they embraced the carnival spirit, but found a way to capitalize on the opportunities offered to cater for the large number of visitors. Huge barbecues are set up in front gardens, together with impromptu refreshments points on door steps, selling drinks (mainly alcoholic ones) to thirsty revelers. They compete with the official street food stalls set up along the route of the parade, where meat (mainly chicken) is cooked and served with traditional Caribbean accompaniments. 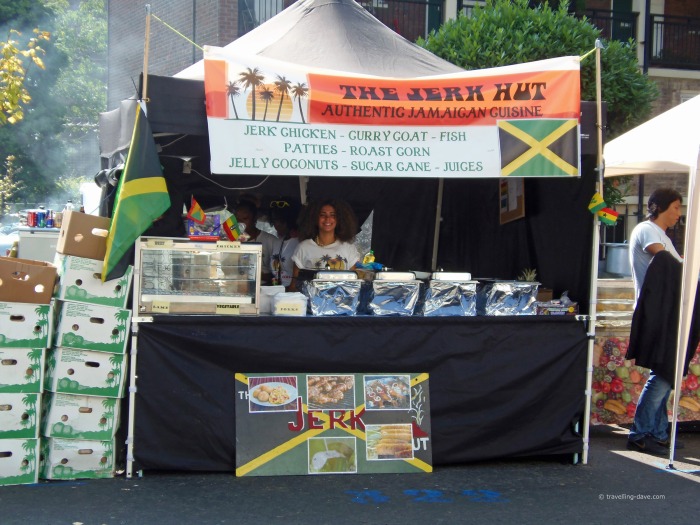 To manage such a big crowd, there is always a large police presence, to make sure that everyone attending the Carnival have a pleasant and safe time. They might be busy keeping a vigilant eye on the proceedings but, it is not unusual for policemen to join in the fun! 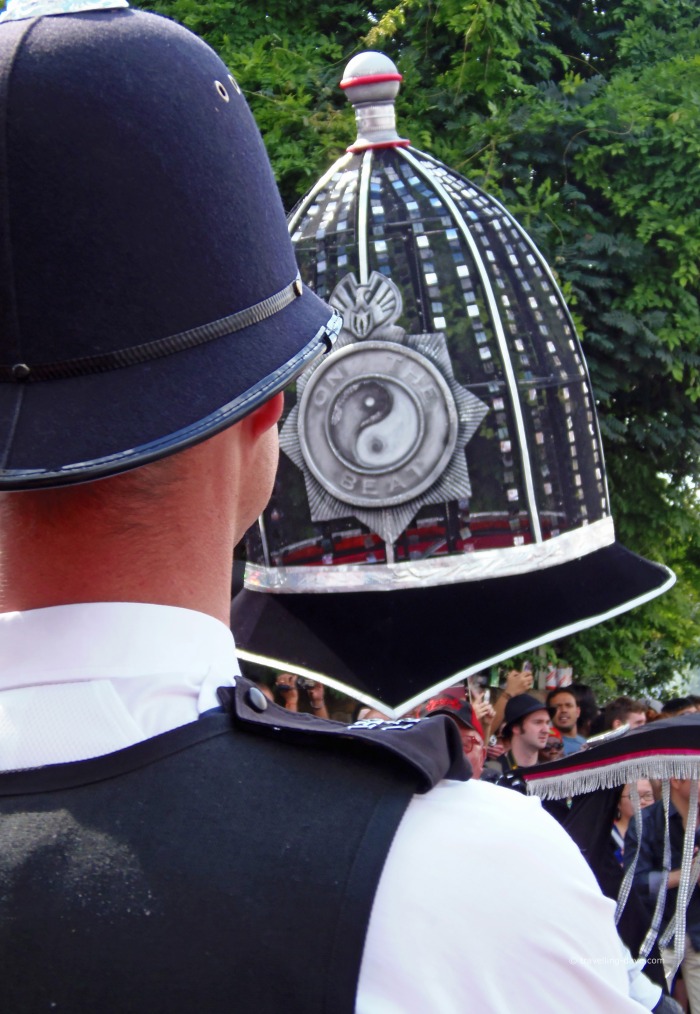 Although there have been some serious incidents in the past, in recent years the event has been largely trouble-free, with pickpockets been one of the main reason why people have their day out at the Carnival spoiled. 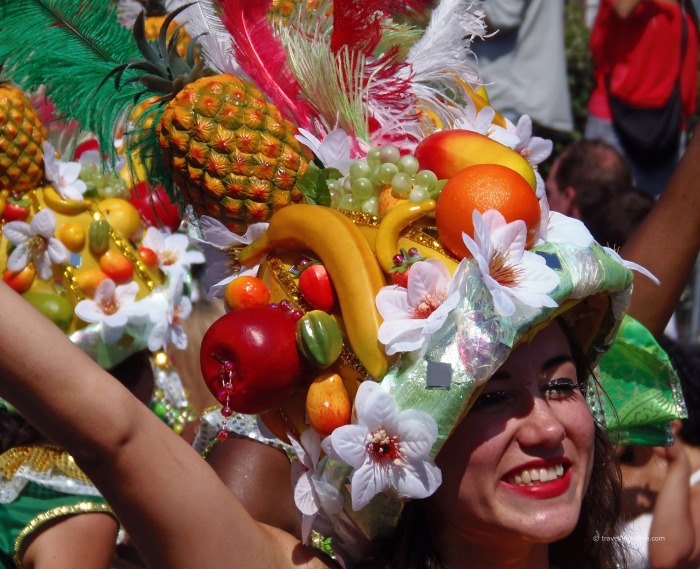 The colorful floats parade on the streets, accompanied by loud music blaring out from sound systems and, dressed up in beautiful costumes, performers make their way along the route dancing along while steel bands play; for two days, especially if the sun is out, this part of London looks like a corner of a Caribbean island…without the sea, the palm trees and the beach but with plenty of people having a good time! 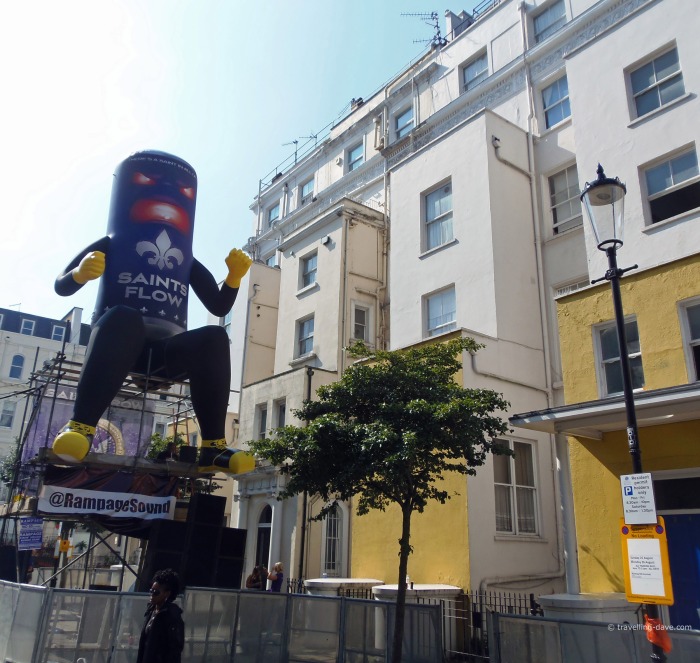 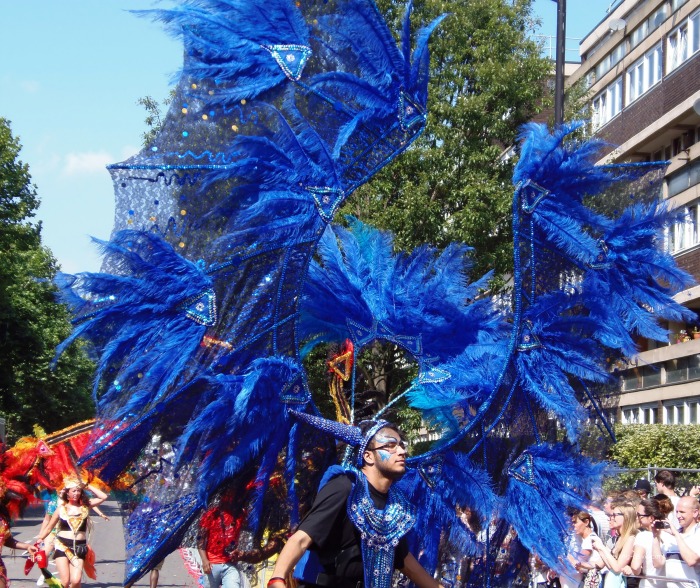 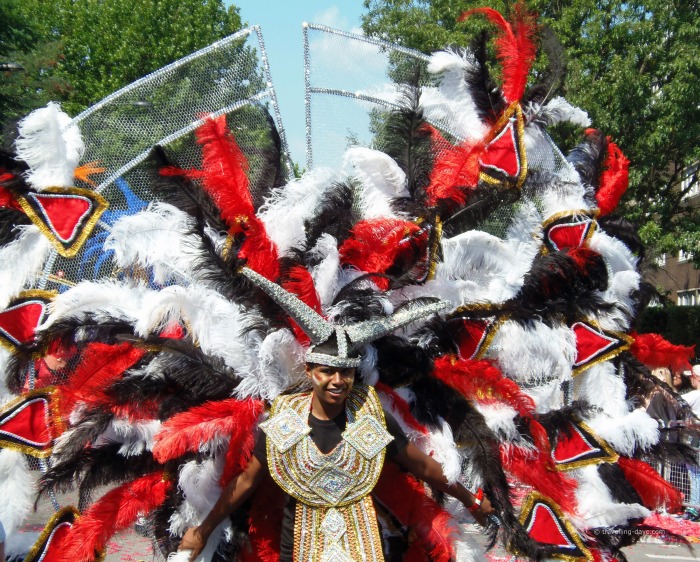 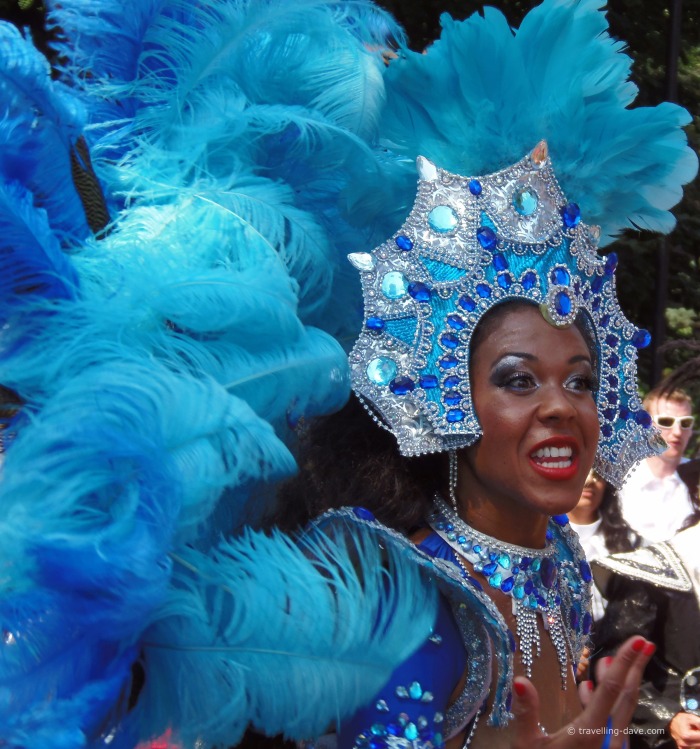 And, when the last drop of rum has been consumed, the music has been switched off and the streets have been cleaned, everyone starts to prepare for next year’s event!