Innsbruck is located in the Austrian state of Tirol; surrounded by mountains, this small city is a busy ski resort in winter and a hiking paradise in summer. Innsbruck is well connected to the rest of Europe with an international airport and a railway station with direct trains to Switzerland, Germany and to other destinations in Austria like Salzburg and Vienna as well as to Verona and Venice in Italy.

Getting around the city it is very easy thanks to its network of trams and buses. Tourists short on time can jump on The Sightseer, an hop-on hop-off bus stopping at all the major sights in the city. The Old Town, where most monuments and interesting buildings are located, it is fairly compact and can be visited on foot. To save on entrance fees and transport costs, an Innsbruck Card is highly recommended; it can be purchased with a validity of 24, 48 and 72 hours and it covers all transport around the city and its surrounding villages as well as one return trip on the cable cars and free entry to all museums and visitors attractions. 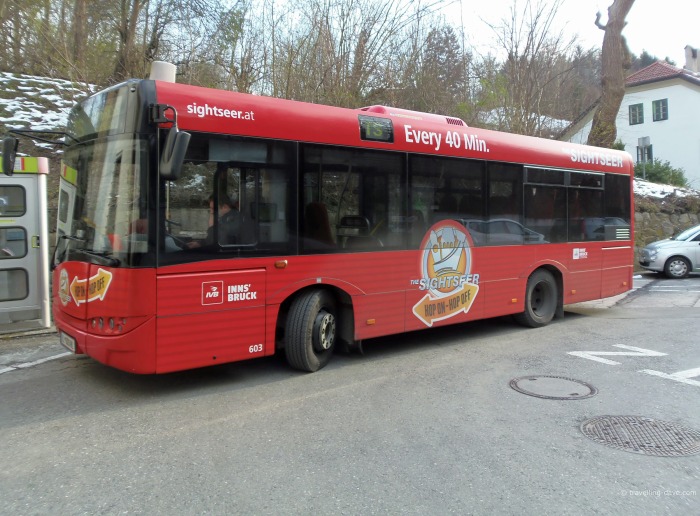 A frequent bus connects Innsbruck airport with the railway station in the city center; from there, it is a short walk the Old Town. Past the vast Eduard Wallnöfer Square with the Liberation Monument, walking through the Triumphal Arch is Maria-Theresien Strasse. This elegant pedestrianized street is lined with coffee shops with tables outside, beautiful buildings, shops and restaurants serving traditional Austrian food.

St.Anne’s Column and Spitalskirche (Hospital Church) can be seen here and further along is the City Tower; climbing to the top will give the chance to get good views of Innsbruck and the surrounding mountains as well as the street and the buildings below, including the beautiful Helbling House. 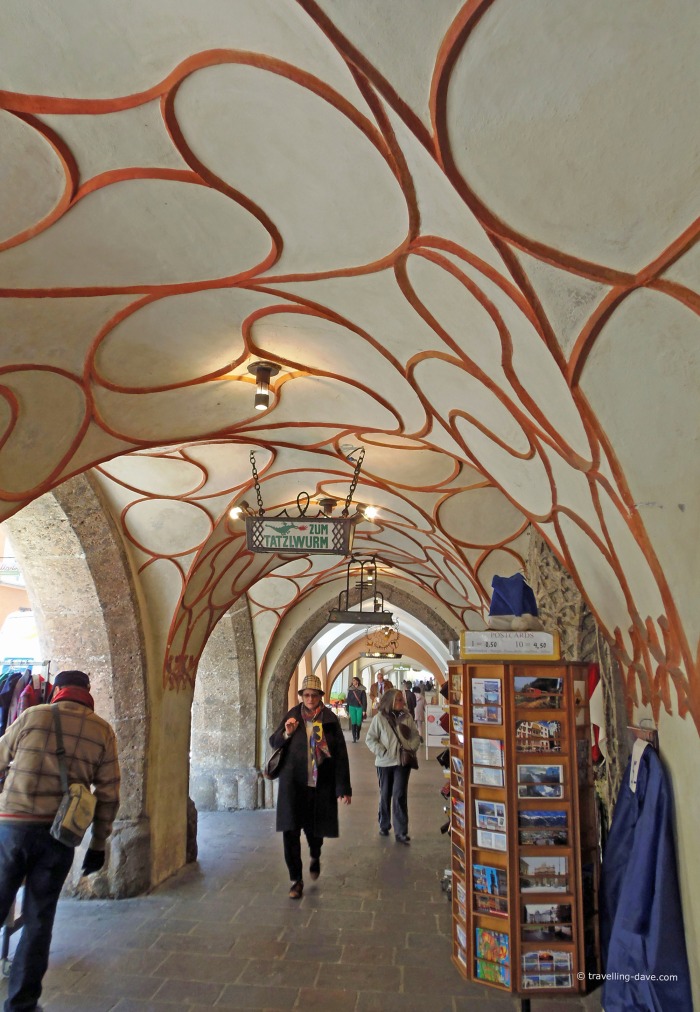 A short distance away is one of Innsbruck’s most famous landmarks: the Golden Roof. It was built for the Emperor Maximilian I and, it was from the terrace under the roof that the Emperor and his wife would observe events staged in the square below. A small museum can be visited in the building. 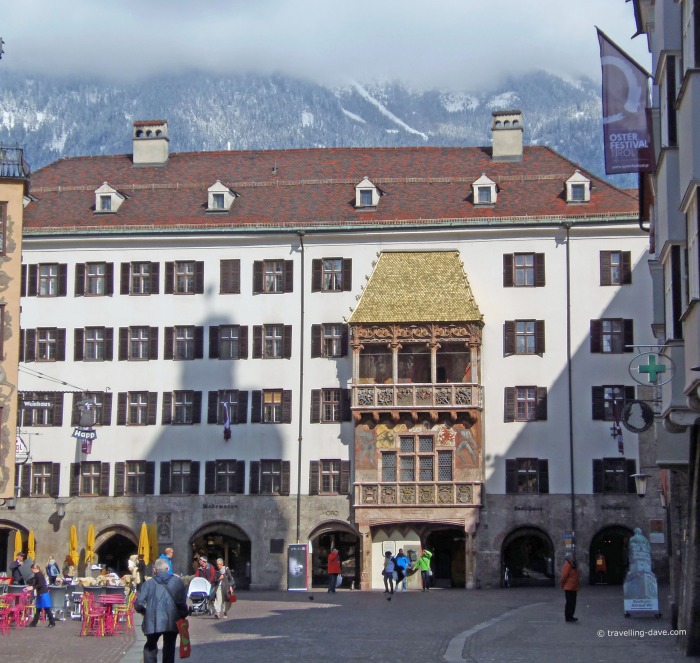 The visit to the Old Town and its Imperial past can continue down Hofgasse and inside The Hofburg, the 16th-century Imperial Palace; the building housing the National Theater can be seen across the road and next to it is the Hofgarten, the landscaped royal palace gardens with a pavilion and a restaurant.

From there, there are two options: to stay in town and visit some of Innsbruck’s churches like St.James’ Cathedral and The Court Church were the tomb of Emperor Maximilian I is located or, to get the funicular and get up to the mountain.

Nordkettenbahnen is a system of funiculars and cable cars that takes visitors from Innsbruck city center to the upper station of Hafelekar 2256m above sea level; the stations were designed by the renown Iraqi-British architect Zaha Hadid . The first part of the journey starts at Congress Station with a stop across the river Inn before climbing to the Alpenzoo Station. 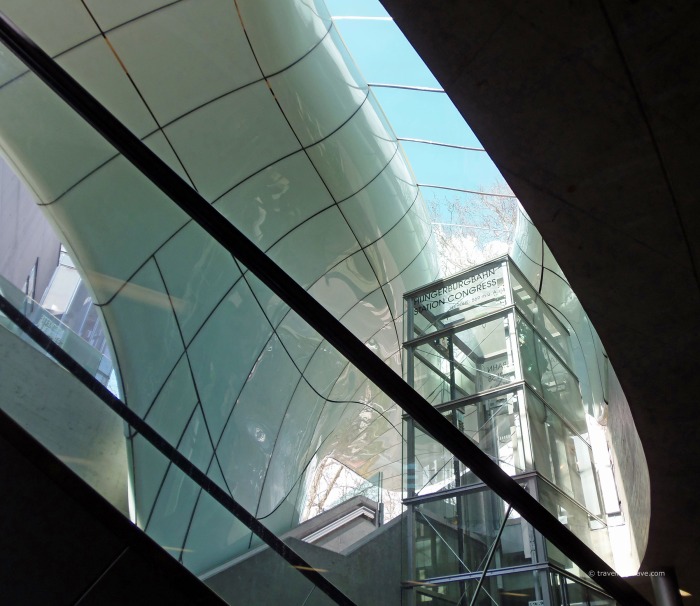 It is possible to get off here to visit the zoo before or after going up the mountain; the Alpenzoo is the first of its kind in the world housing over two thousand animals typical of the Alps including bears, lynxes, wolves and a moose.

For people deciding to stay on the funicular, the next stop is Hungerburg; from here there are very good views of Innsbruck but even better views can be seen by boarding the cable-car to the next station for the next stop: Seegrube. At 1905 meters above see level, snow can be found up here up to April; the area includes Cloud 9 igloo bar, a chairlift, sun loungers and a restaurant serving food and hot drinks. 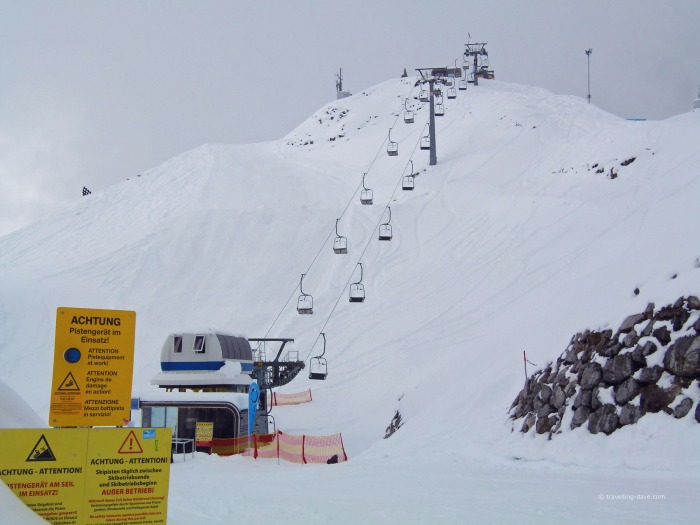 For people not afraid of heights and suitably dressed, another cable-car run from Seegrube to Hafelekar, from there it is a 10-15 minutes walk to a view point at 2300 meters above see level where there are spectacular 360° views of Innsbruck and its surroundings. The contrast from the city to the top of the mountain could not be any different: it is quite common to leave Innsbruck city center on a sunny day and and 20 minutes later being skiing or just relaxing on a sun-lounge with snow all around  you. 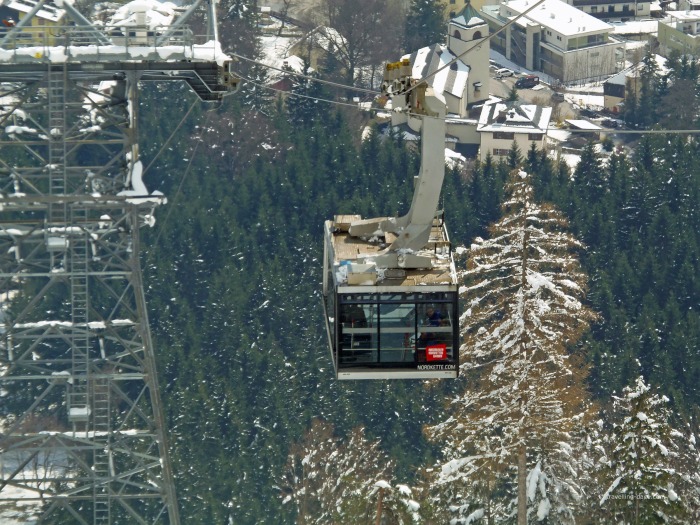 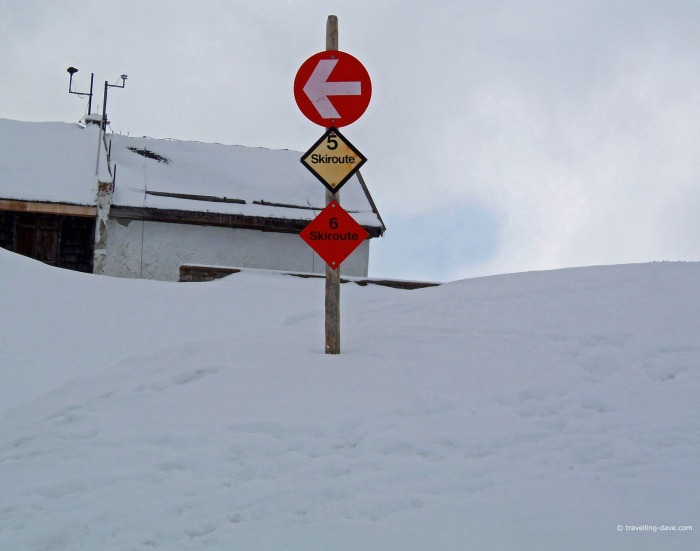 Although Innsbruck can be visited over a long weekend, a longer stay will give the opportunity to visit its surroundings; Swarovski World, a museum dedicated to the famous crystals, is just outside the city and it is connected by a shuttle bus; both the bus journey and the entrance fee are covered by the Innsbruck Card. The entrance to the museum is through a giant (literally!) and inside there are 16 different exhibition rooms or, as they like to call them, Chambers of Wonders; the visit ends in what is considered to be the biggest Swarovski shop in the world. Outside there are manicured gardens and a labyrinth shaped as one the hands of the giant. 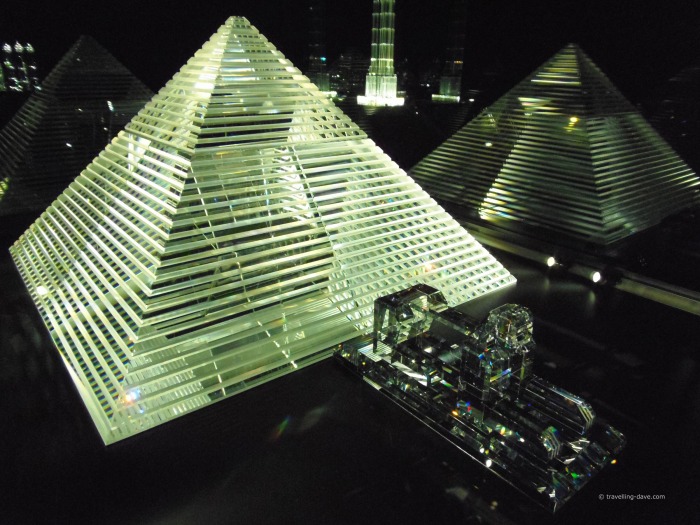 Another pleasant excursion outside Innsbruck is to the village of Igls. It can be reached by bus but a more scenic route is by tram through the forest. A change of trams is necessary at Wilten where the beautiful Basilica and the Monastery nearby can be visited; the Bergisel Ski Jump is a short uphill walk away.

From Wilten, tram number 6 travels to Igls with a stop near Ambras Castle en-route. The former residence of Archduke Ferdinand II is a Renaissance castle and palace; inside, the Chambers of Armour and the Chamber of Art and Curiosities can be visited and many portraits and sculptures can be seen.

Back on the tram, the last stop is Igls. It is a short walk from the station to the center of the village. Igls stands under the Patscherkofel mountain, the site of the Winter Olympics in 1964 and 1976. A cable car goes to the top of the mountain, handy for skiers and snow lovers; for non-skiers the options are limited to a cafe serving food and drinks with beautiful views of the mountains around Innsbruck. 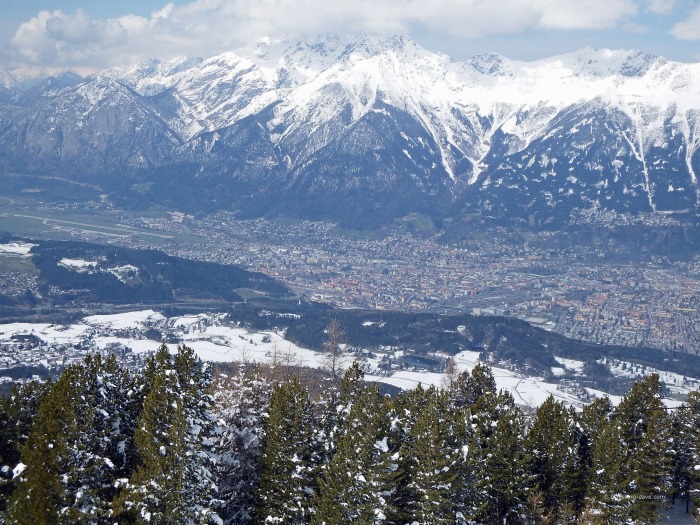 A visit to Innsbruck would not be complete without sampling the local food, Austrian specialties like the ubiquitous Wiener Schnitzel, goulash and hearty stews with dumplings washed down with a beer or two; make sure to leave some room for apple strudel!